Flavia Curvelo Magdaniel and Alexandra den Heijer have been working together since 2010, when Alexandra hired Flavia for the graphic design of her dissertation. At that time Flavia recently graduated (with Alexandra as her professor) and was about to start her PhD research. In 2017 Flavia is a post-doc researcher, got her PhD degree and still works with Alexandra on campus projects. For Campus NL Flavia and Alexandra rejoined forces to design both the cover and content of the book. 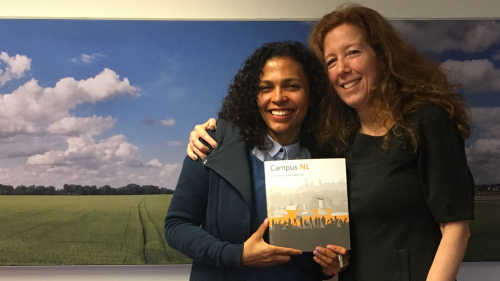 For the cover and graphic design of the dissertation “Managing the university campus” Alexandra den Heijer worked with Flavia Curvelo Magdaniel. Flavia’s background in the same scientific discipline and her talent as a designer were an excellent combination to collectively work on transforming the draft manuscript into a 432-page full-colour book that should appeal to scientists, policy makers, architects and urban planners.

The book cover emphasizes the different levels of managing the campus: the activities of students and staff, the university buildings and the (knowledge) city. In the cover design Flavia included the skylines of The Hague, Rotterdam, Delft and other knowledge cities. For the graphic design of the book Flavia merged the text, many figures and photos in a two-column layout. Note: both Alexandra and Flavia appear on the cover of the book, with some other people who were important in the research or publication process…

Flavia Curvelo Magdaniel is PhD researcher (focus: knowledge cities) of Real Estate Management at the Faculty of Architecture (TU Delft). She has a background in Architecture (Bachelor degree at National University of Colombia, Bogotá, 2004) and Real Estate Management (MSc at Delft University of Technology, 2010). After finishing her Architecture degree Flavia worked as an architect for several years, which contributed to her practical experience as a designer. For her MSc degree she decided to expand her knowledge with a broader management perspective on the built environment.

Alexandra den Heijer was supervisor of Flavia’s graduate research project that resulted in the Master thesis “Management of public university campus as real estate object: The case of the University City of Bogotá”. Flavia focused on university campuses in the context of knowledge cities, which impact diverse individual and organisational demands and are strongly tied to spatial and socio-economic development of urban areas. After finishing her MSc graduation project – with honours – Flavia developed her skills as a graphic designer for Alexandra’s book. 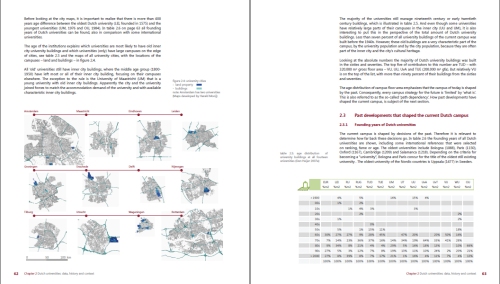 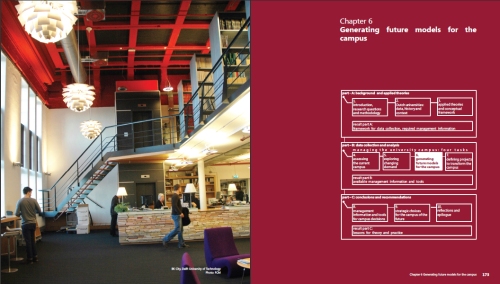 example of first page every chapter 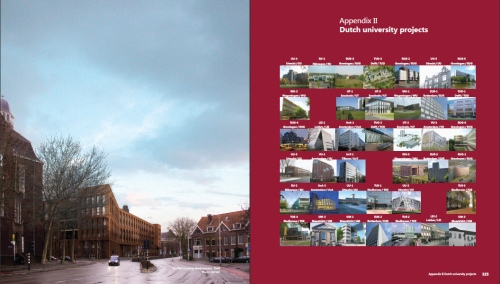 example of first page every appendix